The protagonist is Commissario Achille de Luca, and the stories are set in the Italy of the Fascist era and the immediate post-war period. De Luca is depicted as a determined and principled policeman, working in a corrupt and politically charged environment. The series comprises four episodes, three of which are based on novels by Lucarelli, while the first serves as a prequel, introducing the character and the milieu.

The series was directed by Antonio Frazzi, who also co-wrote the episodes with his brother, Andrea and with Lucarelli.

The series was first screened on Italian television in 2008. 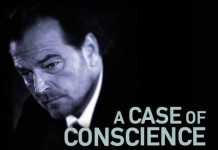