Don Matteo is an Italian television series that has been airing since 2000 on the premier channel of Italian national television, Rai 1. Protagonist of the series is Father Matteo (portrayed by Terence Hill), a Catholic priest in a parish of the town of Gubbio (PG), who is also known for his unrivaled talent in investigating local crime stories. Father Matteo is a wise and respected person who really manages to understand people’s problems, and always appears to be willing to help. Thanks to his charm and positivity, he often helps criminals on their way to redeeming and he always convince them to confess their crimes and to accept their responsibilities. Comedian Nino Frassica portrays Lt. Antonio Cecchini, a middle aged carabineer who also happens to be Matteo’s best friend. Cecchini is one of the main co-protagonists and often provides the humor and comic relief in the series. Other notable cast members include Flavio Insinna, who portrayed Captain Flavio Anceschi from 2000 to 2006, Milena Miconi, who played Laura, the mayor of Gubbio as well as Anceschi’s love interest and Simone Montedoro who has been playing the role of Captain Giulio Tommasi, successor to Anceschi, since the sixth season.
DVDs are available at amazon.com and have English sub-titles. 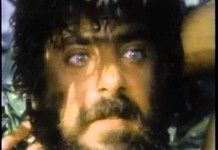