Swept Away (Italian: Travolti da un insolito destino nell’azzurro mare d’agosto) is a 1974 Italian adventure comedy-drama film written and directed by Lina Wertmüller and starring Giancarlo Giannini and Mariangela Melato. The film is about a wealthy woman whose yachting vacation with friends in the Mediterranean Sea takes an unexpected turn when she and one of the boat’s crew are separated from the others and they become stranded on a deserted island. The woman’s capitalist beliefs and the man’s communist convictions clash, but during their struggle to survive their situation, their social roles are reversed. Swept Away received the 1975 National Board of Review of Motion Pictures Award for Top Foreign Film. The original English title of the film was a translation of the original Italian title: Swept Away… by an Unusual Destiny in the Blue Sea of August. The English title was later truncated to Swept Away in subsequent releases.

An arrogant wealthy capitalist named Raffaella (Mariangela Melato) is vacationing on a yacht in the Mediterranean Sea with friends—swimming, sunbathing, and talking incessantly about the virtues of her class and the worthlessness of the political left. Her nonstop political monologue infuriates one of the underclass deckhands on her yacht, Gennarino (Giancarlo Giannini), a dedicated Communist who manages to restrain his opinions to avoid upsetting his boss and losing his good job. Despite her humiliating insults, Gennarino agrees to take her out on a dinghy late in the evening to see the rest of her friends who have gone ahead without her. On their way, the outboard motor gives out, leaving them stranded in the middle of the sea with no land in sight.

After a night at sea, Gennarino manages to get the motor running again but has no idea where they are or how to get to land. Eventually they spot an island and head toward it, destroying their dinghy in the process. On land, they discover that there is no one on the island except them, and they are effectively shipwrecked. Accustomed to having everything done for her, Raffaella begins ordering Gennarino about, but this is the final straw for him and he snaps, refusing to assist her any longer. Raffaella reacts with a string of insults, but he gives as good as he gets, and they split up to explore the island on their own.

Much better suited to island life than Raffaella, Gennarino is soon catching lobsters and cooking them. Gradually their roles become reversed. While she has to rely on him for food, Gennarino wants her to be his slave, convinced that women are born to serve men. He even forces her to endure the indignity of washing his underwear. When she reacts in angry defiance, he slaps her around. Undeniably attracted to Raffaella, Gennarino attempts to rape her, but then changes his mind, deciding that it would be more satisfying if she gave herself to him willingly. He wants her to fall in love with him, and as their differences are gradually forgotten, they reach a kind of balance, although Gennarino still hits her and she takes the more subservient role. Eventually they spot a ship, and although they are both reluctant to disrupt their newfound paradise, they signal the ship and are rescued.

After returning home, they soon revert to their former lives and social roles—she once again embracing the upper-class lifestyles of her friends; he returning to a life of a lower-class worker and husband. They both understand something profound and unsettling about what they’ve experienced, but Raffaella is unwilling to abandon the society of privilege that has such a strong hold on her. Abandoned by the object of his desires, Gennarino returns defeated to his sad life and loveless marriage—far removed from an idyllic island in the Mediterranean Sea. 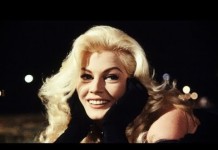 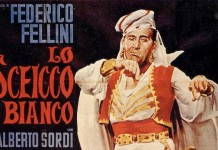